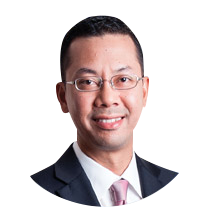 Effendy was appointed Non-Independent Non-Executive Director at Principal Asset Management Berhad on 17 Aug 2015. He brings with him over two decades of experience that includes areas of corporate advisory, investment banking, private equity and portfolio investments, as well as digital payments and financial services.

Effendy currently serves as Chief Executive Officer of CIMB Digital Assets, through which he oversees all of CIMB Group’s investments, partnerships and value creation activities in the digital space including CIMB’s digital banking franchises in Philippines and Vietnam. He is also Group CEO of Touch ‘n Go Group and is responsible for managing the day-to-day functions of the Group’s businesses, in addition to serving as Executive Director of Touch ‘n Go and Chairman of TNG Digital, the operator of the Touch ‘n Go eWallet.

Having spent the last 18 years at CIMB Group, Effendy was previously CEO of Group Ventures & Partnerships, where he was responsible for the development of CIMB Group’s new and disruptive revenue and value creation streams, with a focus on cultivating new-age partnerships at scale, venturing through selective strategic investments in platform-based businesses, and managing its digital banking franchises. At the same time, he was also responsible for CIMB Group’s asset management and investments business across both public and private markets, including its regional asset management business, its private equity fund management business and proprietary equity investments portfolio.

Prior to that, Effendy was CEO, Group Commercial Banking at CIMB Group, managing the Group’s regional banking businesses for the small and medium enterprise and mid-sized corporate segment, with a key focus on creating differentiated propositions and executing long term growth strategies. Preceding that, he was Group Chief Marketing and Communications Officer, managing the CIMB Group’s entire marketing and communications initiatives and lead franchise-wide efforts to ensure a consistent and differentiated CIMB brand for all of the CIMB Group’s businesses across the region. Before that, he served as a Director in the CIMB Group’s Investment Banking Division, primarily focusing on corporate advisory and origination.

Prior to joining CIMB Group, Effendy spent the early years of his career in several international companies in a corporate development capacity, mostly involved in private equity, merger and acquisition activities across Asia Pacific and general business expansion initiatives.

Effendy’s other Board responsibilities include serving as Chairman of CIMB Vietnam.